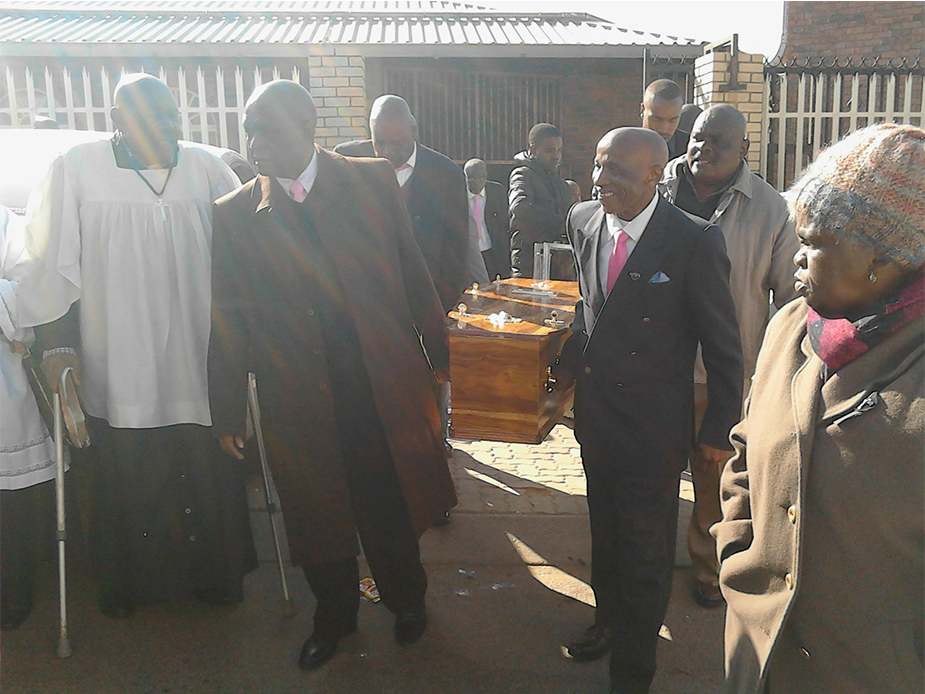 Alexandra education pioneer Mr Molatelo Martin Ramaano was laid to rest at the waterfall cemetery on Mandela Day, the funeral service was held at the Saint Michael & All Angels church at 8th Ave Richard Baloyi street.

Raamano was the founder of Kwa Bhekilanga Secondary School and also the longest serving principal of Pholosho higher primary school. He taught many famous people from Alexandra like Paul Mashatile, Michael Lepule.

Paying their last respect were intellectuals, politicians such as deputy minister of Cooperative governance Obed Bapela and his wife former speaker of City of Johannesburg  Conny Bapela, Noah Sito amongst others.

He was also described as a man who contributed to the development of football in Alexandra. Molatelo was born on 20 June 1936 and passed on 8 July 2017, he is survived by his 3 children.