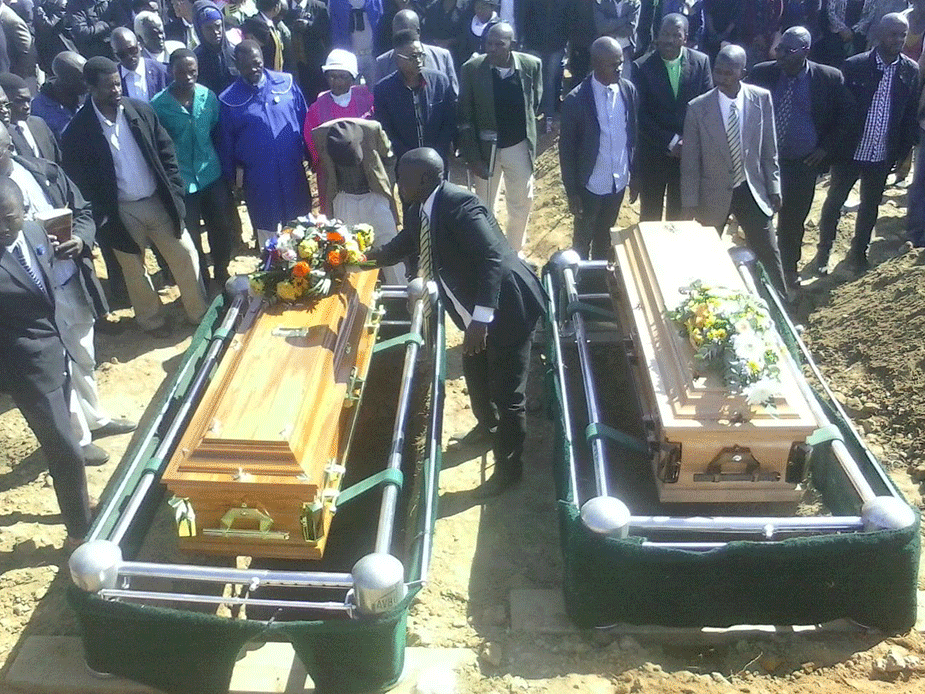 Two siblings Tumi Sefolo & her brother Tshepo Sefolo were laid to rest at Waterfall cemetery Midrand on Saturday, the pair were allegedly gunned down by Tumi’s boyfriend known as Tebogo Padi from Alexandra following an altercation last week Sunday in front of Tumi’s two kids.

Police minister Fikile Mbalula assured the family and residents of Alexandra that the suspect will rot in jail for the crime committed. The family expressed gratitude to all people who helped them during their bereaved period.

Gauteng MEC for safety Sizakele Nkosi Malobane was amongst the people who came to pay their last respects.