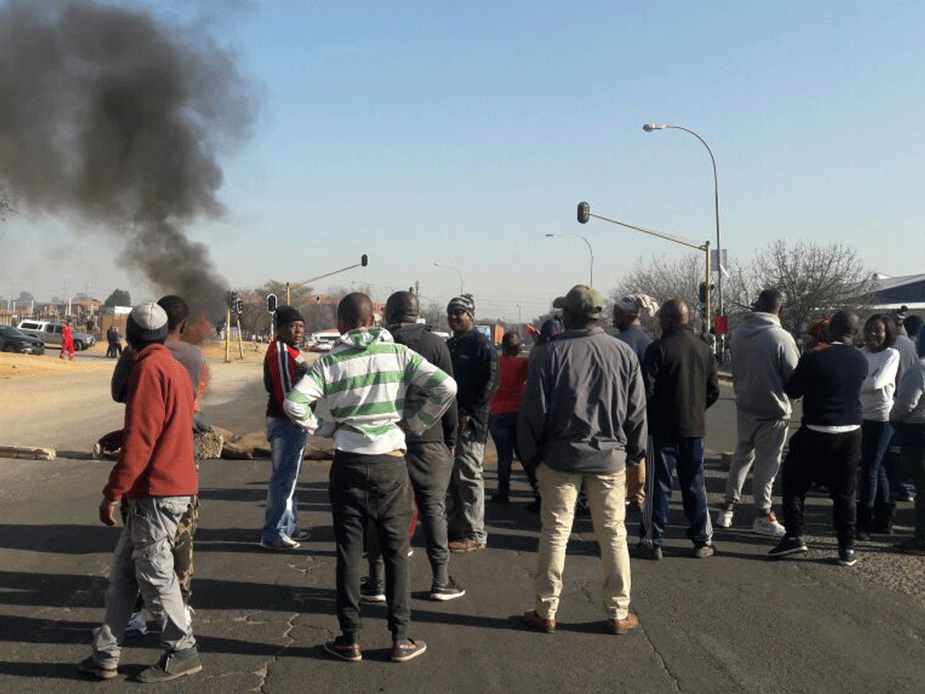 Bramley View residents staged yet another protest earlier today, interrupting traffic, the protest follows the building of more shacks by the department of housing at Organic Market for families that were removed from Alex Plaza for development.

Bramley View house owners argued that the shacks will devalue their suburbs.
A member of executive committee for Organic Market squatters , Morris Baloyi, says as Organic Market dwellers, they have nothing against Bramley View protesters as they understand their concerns regarding the situation at Organic Market

But argues that the Bramley View residents should have started these protests long before the “Shack Renewal Project”
The protest left about 50 protestors arrested, Ward 81 Councillor, Irene Reigheimer said the residents were arrested for disturbing peace in the area. (Edited by Kgadi Lamola)