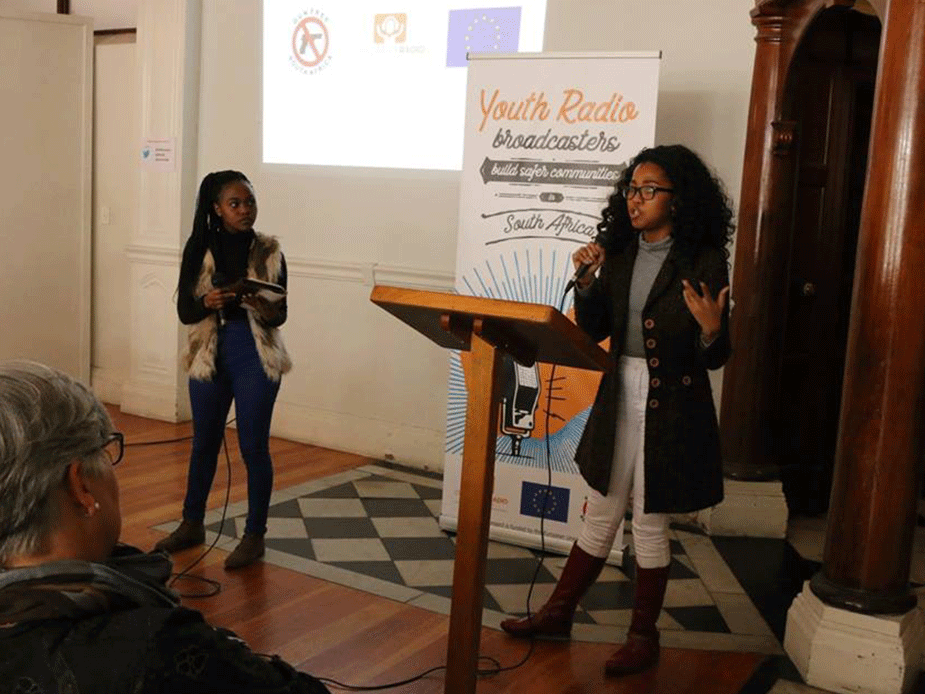 “I lost my 37-year-old brother due to gun violence. It’s difficult for me to move on without him. We were very close,” said 18-year-old Albert Lombard. He was speaking at the launch of a project called Build Safer Communities in Cape Town on Thursday.

The event was hosted by the Children’s Radio Foundation (CRF) in partnership with Gun Free South Africa (GFSA) and the European Union. The initiative will promote community safety and less gun violence. Lombard was among a group of teenagers from Atlantis in Cape Town and Alexandra township in Gauteng who described their gun violence experiences.

“When people in our community see someone being mugged or a dead body on the ground, they don’t care and just pass. They do not think of helping or calling the police. Children are not safe. They get caught in crossfire when gangs fight. I am living in fear,” Lombard told the group.

Itumeleng Banda, 19, from Alexandra said that guns were easy to get. She said that children as young as five and people with disabilities were also exposed to gun violence.

The project will be rolled out at 18 community radio stations across the country. “This two-year project turns the spotlight on the community’s experiences of violence and explores the central role young people can play in raising awareness and bringing about local solutions,” read a joint statement by the organisations.

Allister Lightburne, chairperson and a founder member of Radio Atlantis, said that he was a survivor of gun violence. Lightburne said that gun violence was a weekly occurrence in his community.

During the school holidays in June, Lightburne said he intervened in a rival gangs shooting. “In the past two months ten people died due to gun violence. Eight of them were children as young as 11. Atlantis is becoming a war zone for gun violence,” he said.