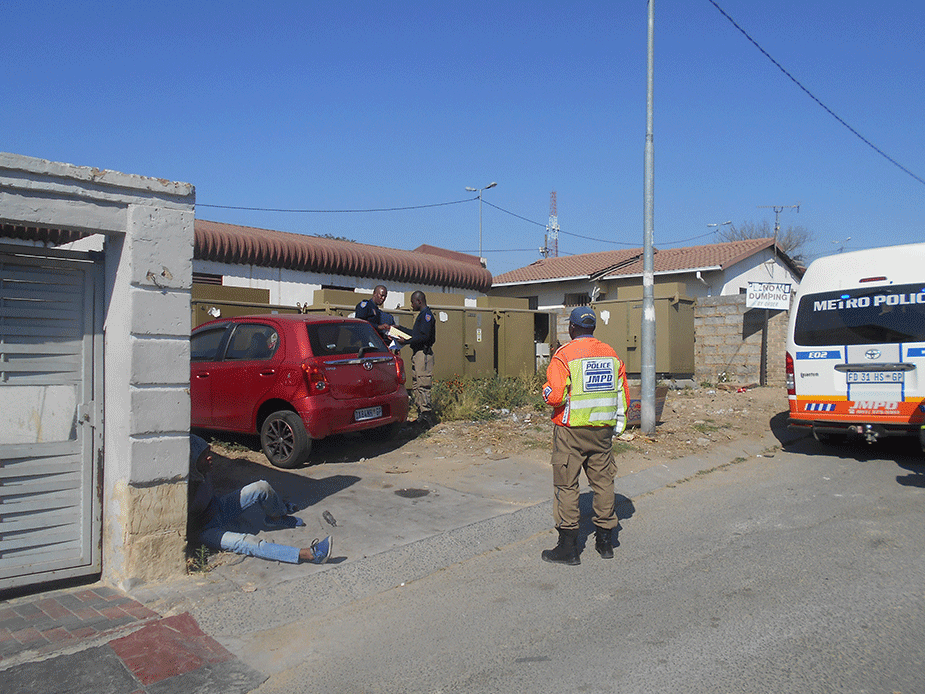 Johannesburg Metro Police has arrested a suspected high jacker found in the possession of a stolen car at 10th Ave Roosevelt, Phase 3 Alexandra on Tuesday.

The suspect was found in possession of dangerous items including a knife, drugs needle, upon his arrest the 31 year old suspect refused to be arrested claiming he did not steal the vehicle. Police had to use pepper spray to arrest the suspect.

The notorious spot has a City Power mini sub station which residents demand that the area to be fenced off like in the suburbs, saying they are now living in fear. One of the residents Zindaba Mabasa reported the matter to Alex FM News in June about the mini sub station that is left disclosed posing threat to children playing around the area.

However City Power’s Archie Masondo blames vandalism for not closing the electricity boxes, attempts to get response from ward 107 councilor Ambie Maseko were futile.
The suspect is expected to appear before the Alexandra magistrate court.