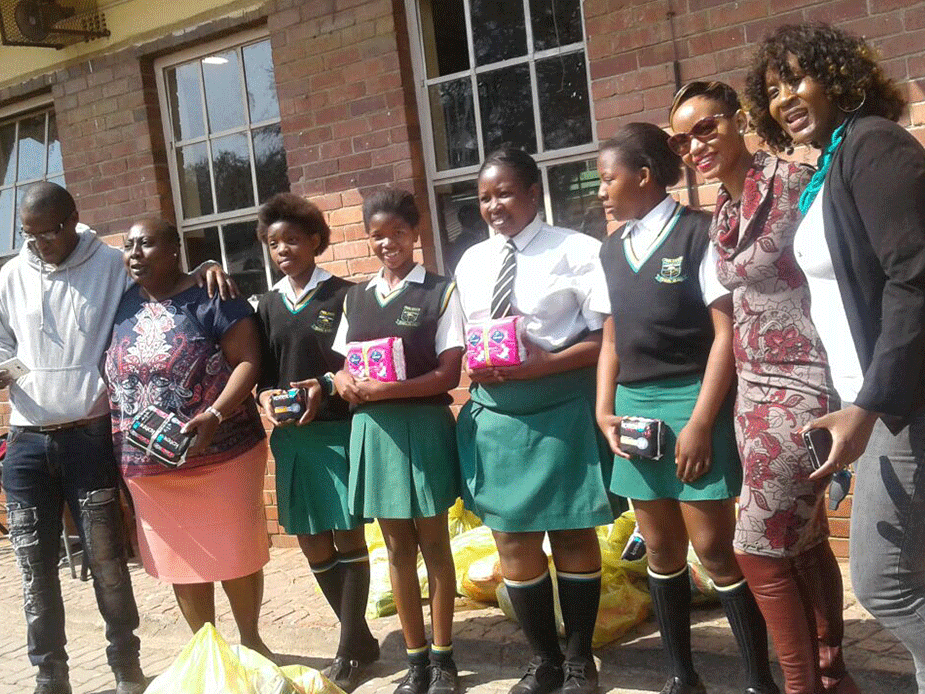 The donors handed over the dignity packs to learners while inspirational speaker and author Amanda Ndiki taught learners on how to evade being trapped into teenage pregnancy and not be overpowered by peer pressure, saying she has seen many young dreams broken because of self comparison.

Muzi Nkosi of MuzikSoul says he used his birthday to collected sanitary towels from various  companies, together with his friends managed to raise about 2000 towels for needy female learners from Alexandra. Nkosi says they noticed that girls miss school days during their menstruation cycle.