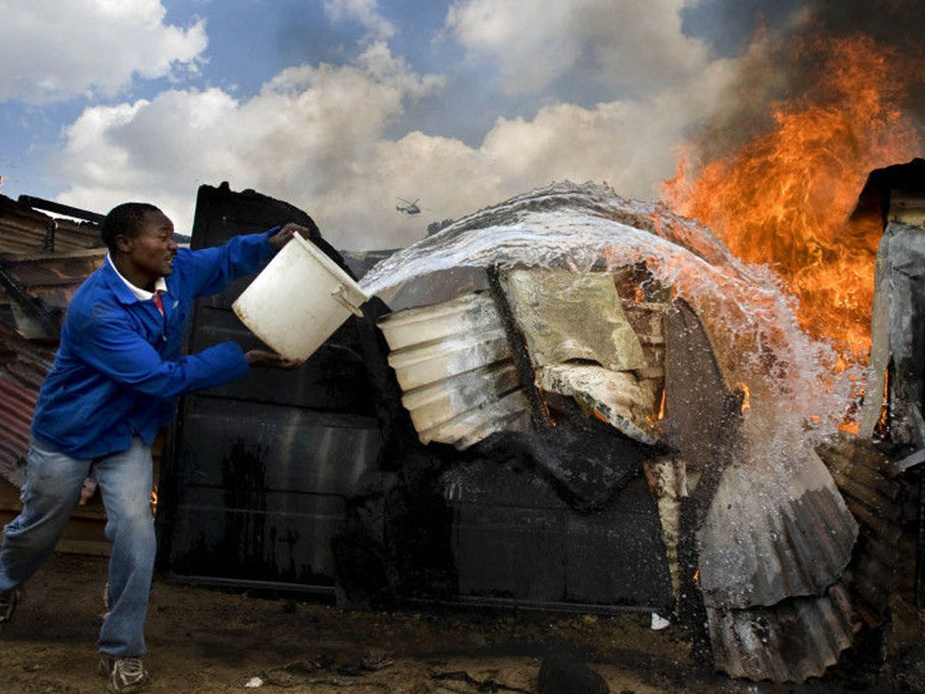 About 28 shacks caught fire last night at 9th Avenue and Ruth in Phase One, Alexandra, leaving 45 people homeless including the children, residents are currently clearing up the debris in an attempt to rebuilt their shacks.

The fire reportedly erupted in one of the shacks at which the owner left the stove on, while he was out for alcohol intake.

The suspect fled to Alexandra police station at 15th Avenue and was accompanied back by police officers today, after allegations of residents threatening to assault him following the fire incident that has razed all their belongings.

Ward 75 Councillor, Sannie Mavhona told ALEX FM News that the police took the suspect back to police station because residents vowed to beat him up,  and no longer want him within their living space.

Mavhona said Disaster Management will assist the with food and blankets to the destitute, she said they could provide alternative accommodation if such needs arise.
No one sustained injuries.