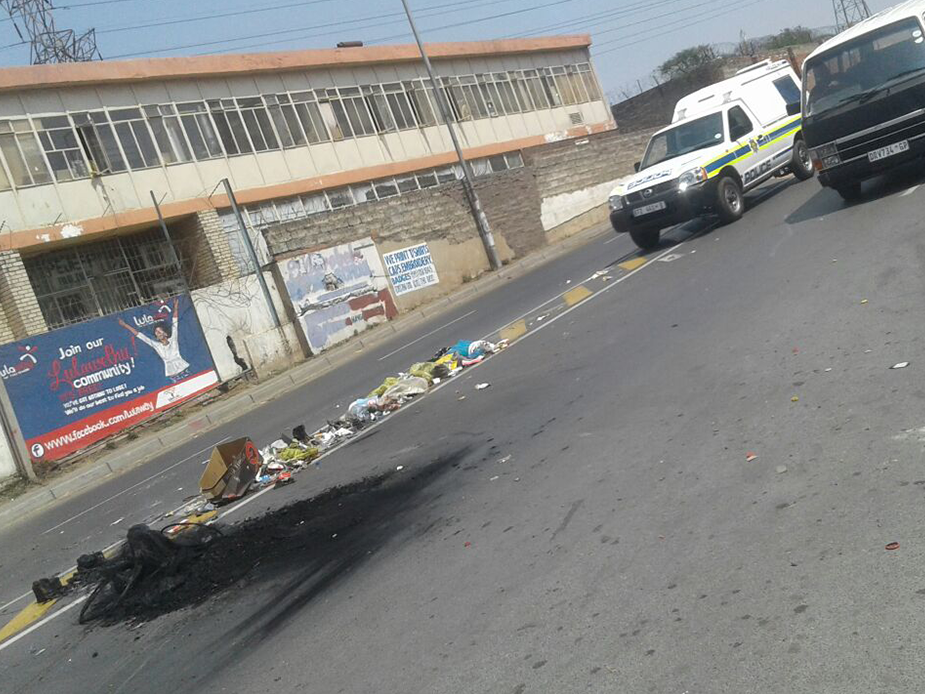 Masakhane employees who were once under the NGO, Alex Health Centre and University Clinic, picketed outside the clinic’s premises, earlier today, demanded to be fully compensated for their work by the government after they were signed in.

They accuse the government of neglecting their needs, further argued that when they were signed over by the government in 2015, they already had years of experience, but were never compensated for their work.

The employees can possibly have a proper strike again this afternoon, in an attempt to deliver their memorandum of grievances to the management of the clinic.

Meanwhile, Alex police, monitoring the situation said the strike will not continue until the employees have the court approval.
The operation of the clinic is not interrupted by the picketing.
Picture by Aneliswa Velemu