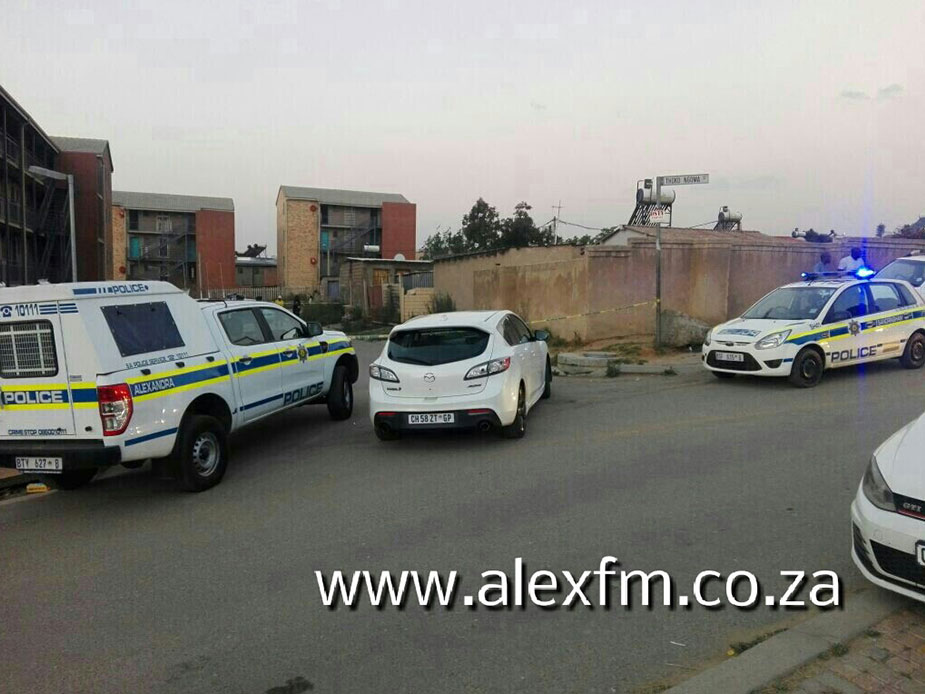 BYSTANDER KILLED IN A SHOOT-OUT!

A 27 year old man identified as Sizwe Mbokazi was shot and killed during a shoot out between police and suspects in Far EastBank, Alexandra on Wednesday afternoon. One suspect has been arrested and three other suspects managed to escape on foot leaving behind a firearm.

According to police spokesperson Captain Kay Makhubele police were following a VW sedan with suspected hijackers whom allegedly opened fire on police who retaliated and gave chase. The suspects ran away leaving their car at Botlhabela village.

“Hlongwane” a friend of the Mbokazi says around 16:00 they were playing a card game next to a Spaza shop in their neighbourhood when allegedly police recklessly opened fire on his unarmed friend shooting him in the head dying instantly.

Independent Police Investigative Directorate (IPID) officials were at the scene taking statements from eyewitnesses as their investigations continue.

Residents say they are fearing for their children’s safety as the incident happened 100 meters away from Kwa Bhekilanga Secondary School. The incident occurred at the intersection of Rev Conrad & Onica Mashigo streets, Far East bank.

The slain bystander was an ANC activist in Ward 105, his comrades were singing party slogans as his lifeless body was taken away by government pathology services who arrived 4 hours later. CS