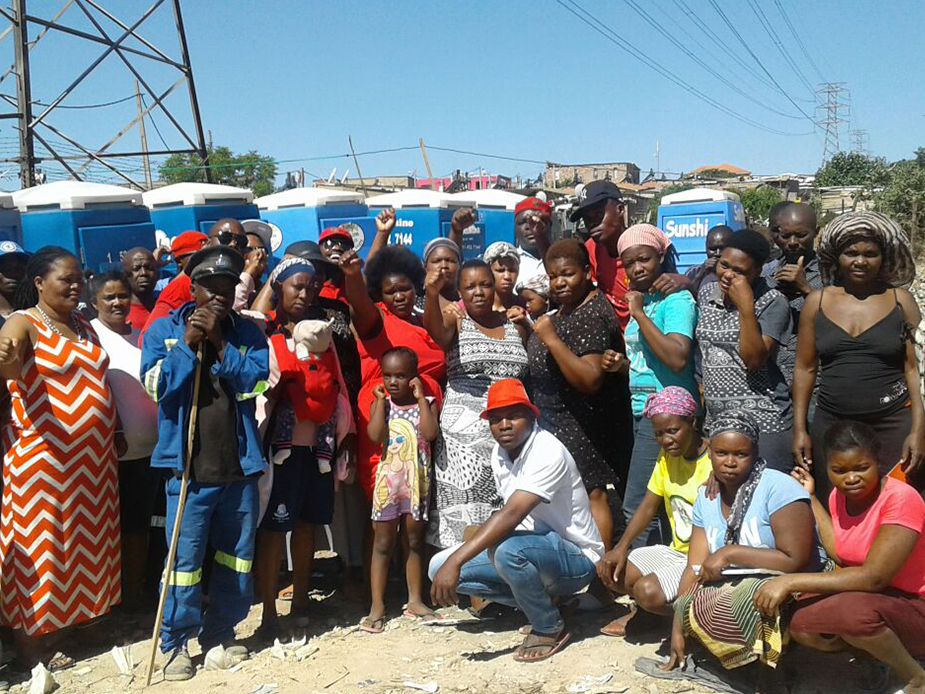 The Economic Freedom Fighters (EFF) in Ward 105 Alexandra says the city of Johannesburg has been slow to address the urgent sanitation needs of people living in Alexandra informal settlements.

The EFF in Ward 105 says they are shocked to learn that there are still families who don’t have access to proper sanitation in Alexandra, the secretary of Raisibe Langa branch Abbey Dikgale says they were  observing the World Toilet Day on Sunday at Extension 6 Marasteng village, Far Eastbank.

Residents says their right to access better sanitation has been deprived by the DA led local government.

The 19th of November is an international Toilet Day  observed by the United Nations in their call to place increased focus on the need for proper sanitation to prevent the spread of diseases.