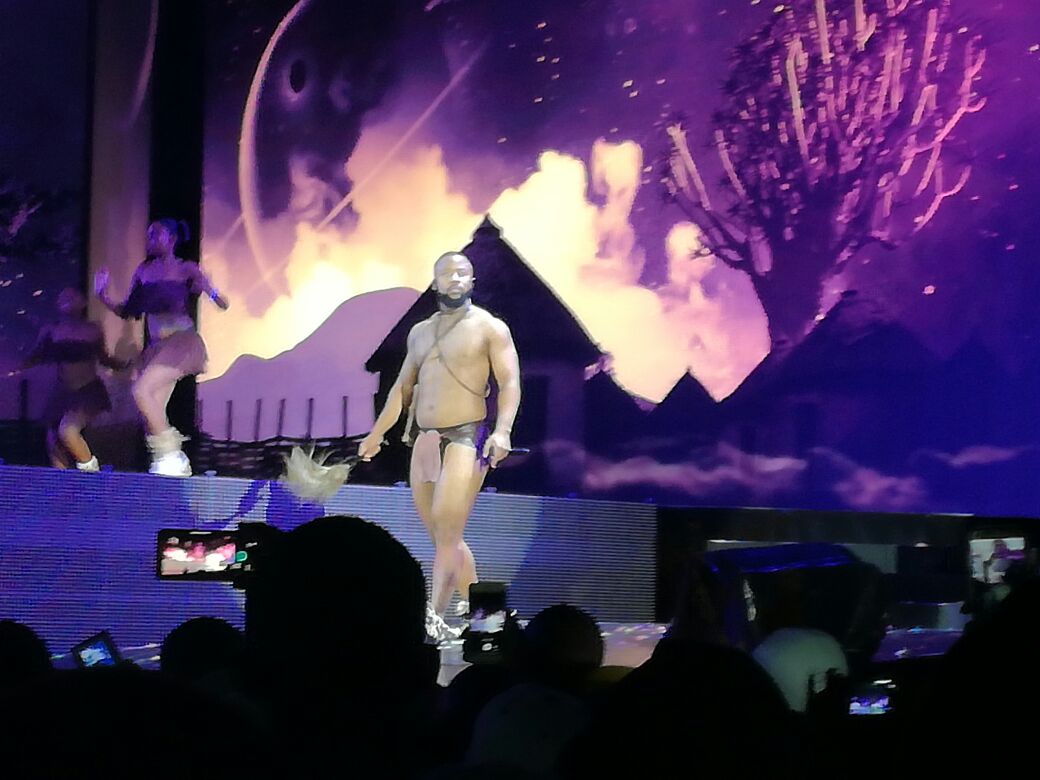 On Saturday night the 2nd ofbDecember 2017, an estimated 68 000 tickets were sold for the hip-hop superstar’s #FillUpFNBStadium show. As part of his African dream, for the third year running Cassper Nyovest has shown and proved that South African artists have just as much pull to fill up stadium as their famous international counterparts.

According to his management, Nyovest broke his 2015 record of selling out the 20 000 TicketPro Dome and selling about 40 000 tickets for last year’s #FillUpOrlandoStadium in which none of these events had an international acts. He has managed to sell more tickets than global superstars have.

With the crowd 68000 people the stadium was lit up with camera flashes and cell phone screens capturing Nyovest performing hits from his albums Tsholofelo, Refiloe and this year’s Thuto, shouting “MUSAFA” meaning Lion.

With the Setswana theme, the first South African hip-hop artist to ever hold a concert at the FNB Stadium and receive such an electrifying turn out not only gave mind-blowing  performances but social media as well went into a frenzy with fans including rapper, AKA congratulating him on his show.