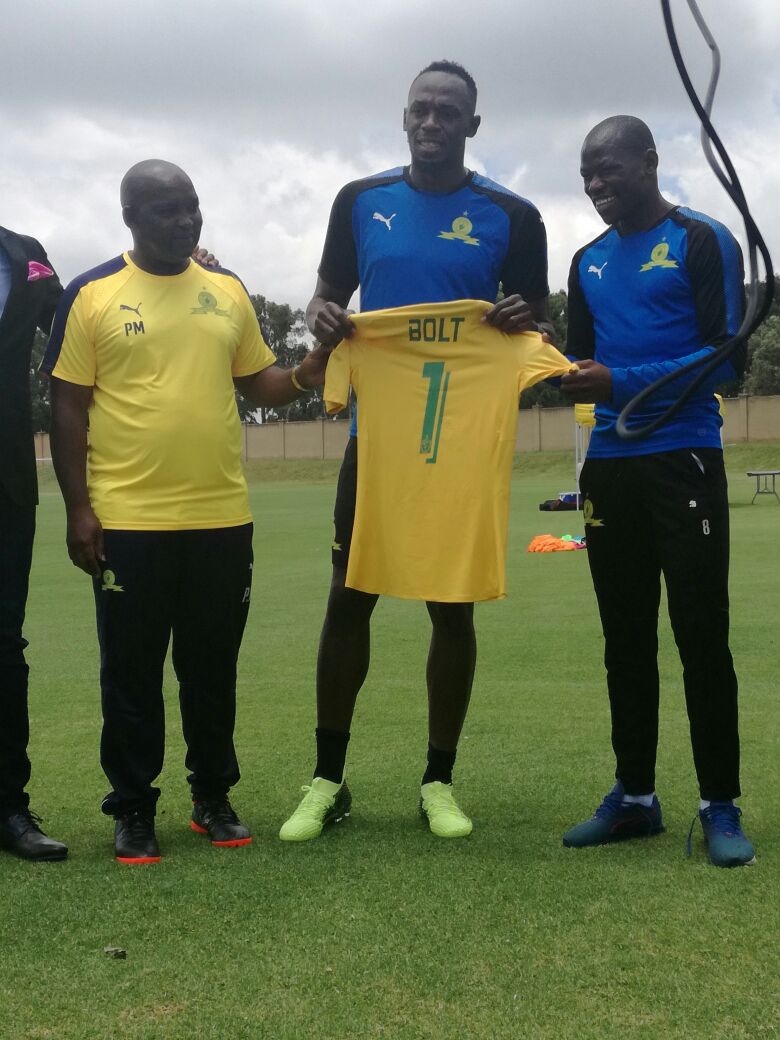 The 31-year-old eight-time Olympic gold medalist and 100m and 200m world record holder, Usain Bolt visited the country as part of an Athletics South Africa development scheme. While in his visit, Bolt went on to train with Mamelodi Sundowns at their Chloorkop training facility.

After August’s world championships in London last year, Bolt retired from athletics, and since then has often spoken of his desire to play professional football. Bolt, famously a Manchester United fan admits the transition from athletics to football is tough, but thanked the club for the opportunity to be able to train with the squad.

‘‘It was a very good experience (training with Sundowns)‚” he said. ‘‘I do not know how quick I am with the ball but if I kick and run I can get there. I was just telling the coach (Mosimane) that when I go back to Jamaica‚ I need some training. I am very unfit…. I am very‚ very unfit.” He added.

Midfielder Percy Tau said he was thrilled to train alongside Bolt and that it was an honor to play with him.

Accepting that he is skeptical, Bolt has been invited to spend a week training with Bundesliga club Borussia Dortmund in March and however he plans to take it up. Often hinted about starting up a football career now that he has retired from sprinting, Usain believes could even be good enough to play for Jamaica.