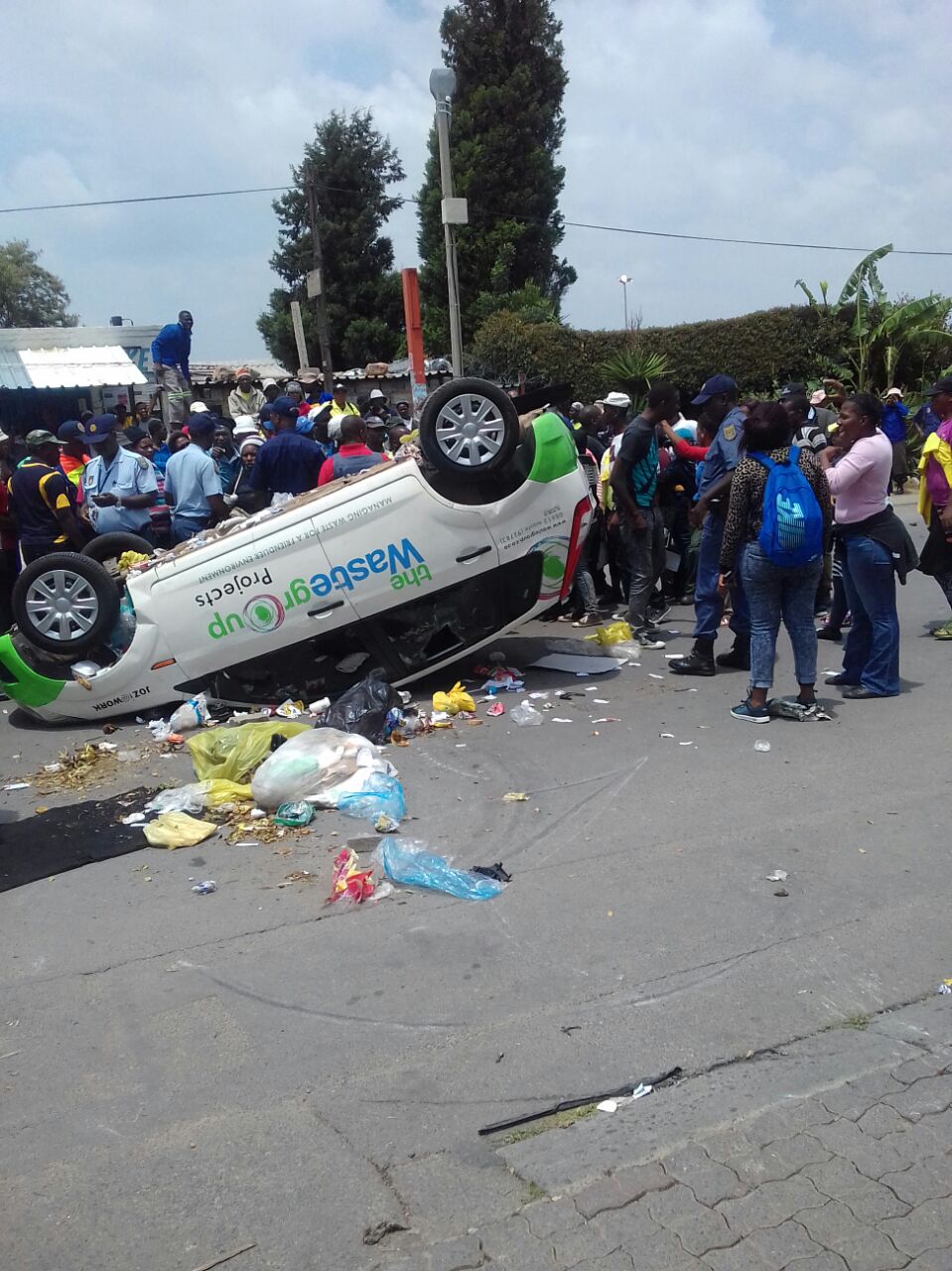 Workers contracted to [email protected] programme in Alexandra downed tools demanding an increase in their salaries, they demand an increase from R120 per day to R150 per day.

One of the workers who wished to remain anonymous said  “We were tasked to train EPWP workers and today they get R120 and we receive R100 which is not fair “.

Workers also want [email protected] to be scrapped and be incorporated in to Pikitup.

The angry strikers damaged and overturned a vehicle belonging to a man believed to be the director of Jozi at Work programme in Alexandra.

SAPS Public Order Policing and Johannesburg Metro Police are at the scene.