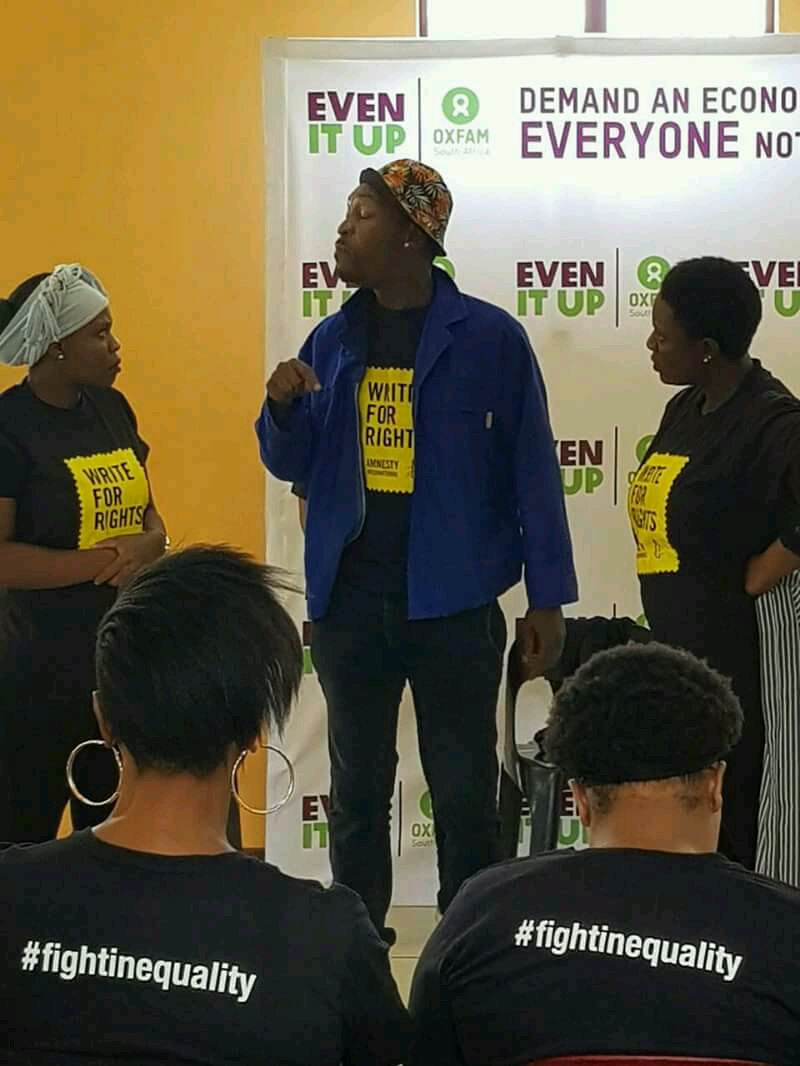 Oxfam South Africa held an imbizo to highlight the inequalities and exploitation of the workers by the rich employers in the country, the event is took place at Altrek Community Hall, Eastbank.

The imbizo is part of Oxfam International’s week of action activities to coincide with the World Economic Forum which is taking place in Switzerland.

The gathering follows up the release of the report: Reward Work, Not Wealth released on Monday, which reveals how the global economy enables a wealthy elite to accumulate vast amounts of wealth while hundreds of millions of people, especially workers, are struggling to survive on poverty pay.

The Inequality Imbizo was followed by a march across Alexandra Township as a way of bringing awareness to the community.