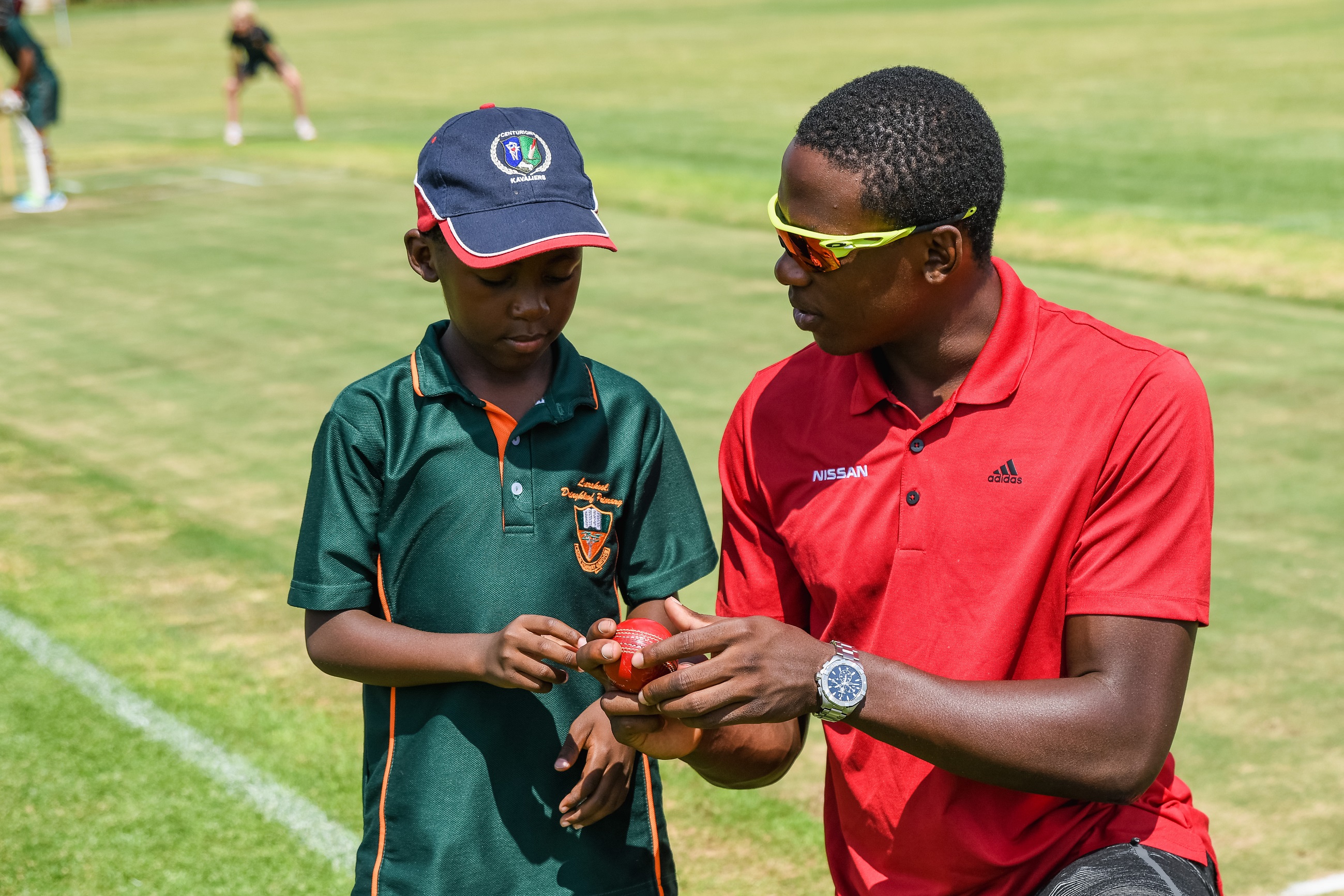 Up close and personal with Kagiso Rabada

South Africa’s fast bowler Kagiso Rabada’s had a Question & Answer session with Dale Steyn, where fans where given an opportunity to ask the  No.1 ranked bowler in the ICC Test Rankings questions which he took time off his busy schedule to answer.

Fan Question: Who is your roommate on tour and what’s the funniest thing you’ve gotten up to?

KG Answer – It took place while on a golf tour in St Francis Links with the team,” says KG. That was the highlight for me and the fun-filled day brought about the funniest characters from team mates, especially AB de Villiers and Dean Elgar.

Fan Question: Have you ever imagined yourself being the Captain of the Proteas?

KG Answer – His response is a definite no, when asked if he ever imagine himself as Captain of the Proteas. He adds that maybe when you are young, you have dream about it. Says he may try it if he was ever asked but thinks it will be very very tough.

Fan Question: How do you see Lungi Ngidi? As a challenger or Partner?

KG Answer: I see him as a partner. I see myself more as my own challenger. While chatting, Steyn adds: “It kind of lifts you up, it’s nice to have someone come in, who is doing really well and makes you perform little better.”

KG says: I guess so, but I compete with myself. It’s nice to have new and young talent join us as they help the team out, especially when they are good. To a certain extent, when someone does well, it inspires you to do well.

Fan Question: How does it feel to be the best bowler in the world, at your age?

Fan Question: Apart from cricket, what do you enjoy doing in your free time?

KG Answer: I’m a bit of an adventurous guy. When I was young I used to like skating, watching Xgames and also liked to participate in other sports like rugby, but now I like my music. Me and Themba often DJ some sets when we are together. I also started taking piano lessons a year ago but stopped because I got busy. I hope that one day I will be able to go back and continue with the lessons.

Fan Question: You come across as level headed and mentally strong. What gives you the course to rise and keep going even after the losses and disappointments?

KG Answer: I think it’s the dream you have in your head, to keep going. What you are playing for. The game is about the ups and downs and I’m just learning, just at the start of my career, things will probably get worse at time but to keep the dream alive and remember why you are playing and it’s a game of cricket, it doesn’t have to change who you are, but it’s something nice that you do.

Fan Question: On average, how far do you run in a test match when SA is fielding? Dale adds “I know once I covered 16 km’s in a match, AB was fielding and slipped and covered about 9/10 km’s.”

KG Answer: He relays how he remembers being measured with one of the trackers but not too sure how he ran but figures if Dale made 16 km’s, he probably did close to that.