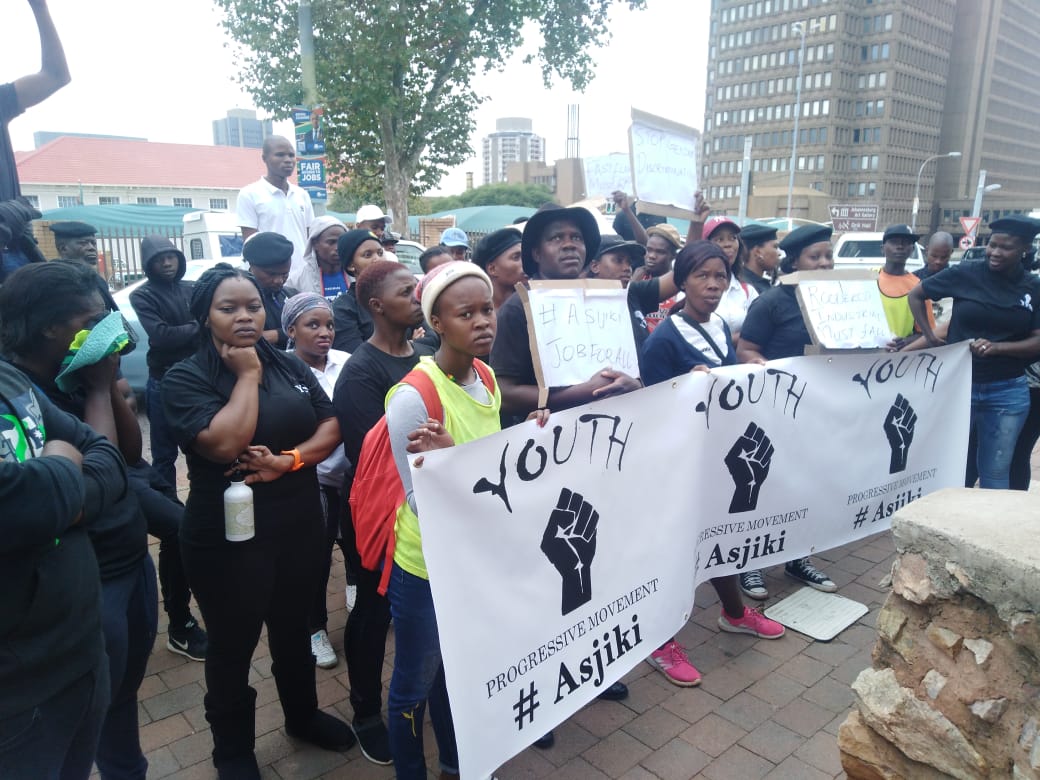 The organization is protesting against alleged racism by companies in the Roodekop industrial area, just outside Alberton in Ekurhuleni.

YPM spokesperson Thulani Kolobi says it is concerning that young black people residing in the area cannot be employed by the companies just because they are black.

In solidarity with the YPM was Incredible Happenings ministries founder and self-proclaimed prophet Paseka ‘Mboro’ Motshoeneng who says he supports the protest as it acts against social injustice.

Former employee Harry Arendse says he got injured in the line of duty resulting in him loosing his finger.