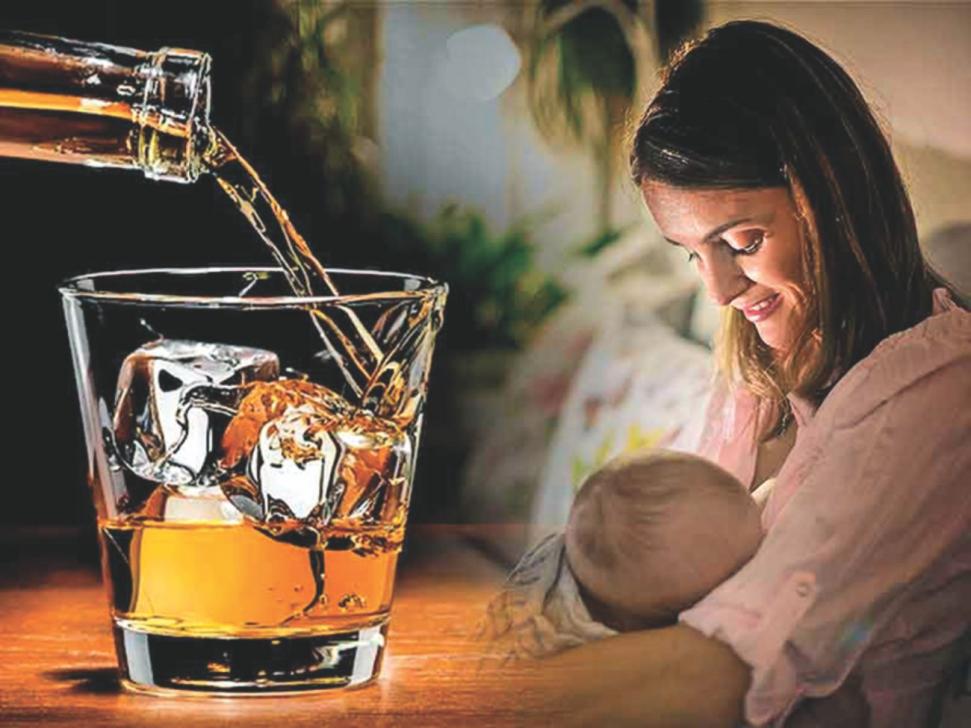 THE TRUTH ABOUT DRINKING ALCOHOL WHILE BREASTFEEDING

The first nine months of a pregnancy are very important to the development of a foetus in the womb and often women who drink alcohol stop drinking during pregnancy, well for the sake of the baby and not voluntarily.

My friend had invited me to her sons one-year birthday party one afternoon, and as I was mingling and having a good time, I observed that adults were indulging in alcohol while they watched their kids play. Okay, what’s a one-year old party without alcohol, right? But then again because I am a radio practitioner who interviews early childhood development (ECD) experts daily, I am aware that children do what parents do. Obviously, as expected some children were playing and sipping on empty bottles and their parents were unbothered by it, so I thought… let me just mind my business!

But there was something that made me very uncomfortable apart from everything else. There was a woman there who was drinking alcohol and breastfeeding a child. The child was between 1/2 years, and I started noticing that this child was not playing with other kids, he would just watch other kids play; he seemed very bored and distracted.

As he came back for another round of “special” breast milk, I made sure I had a conversation with the mother. But first I had to compliment her outfit; as an “Ice Breaker”, which was hideous by the way, but I found myself asking her where she bought it, for how much etc. Back to business… I politely asked her if it was okay to breastfeed and drink alcohol at the same time, she literally had a bottle of alcohol in her hand. She looked at me and confidently said “there’s nothing wrong sisi(sister), my child is old anyway”. I said “okay”, I immediately remembers conversations I had with ECD experts on alcohol consumption during and after pregnancy, didn’t want to be a party pooper though; besides I’m no ECD expert, but I had google which qualified me to have a deeper conversation, but I just had to say something, I then said my “doctor once told me it was dangerous”.

Rehabcenter.net website, states that “when alcohol is present in the breast milk, babies are exposed to alcohol and have to metabolize it just like adults do. However, infants’ livers are much more immature than adults’, so it can take much longer to metabolize and potentially cause health issues”, this once again shows that consuming alcohol while you breastfeed could be very harmful to your baby.

Potential effects of alcohol on babies according to the Rehabcenter.net website include;

Monday morning, I organised an interview with Dr Setati a general practitioner; on Alex FM to talk about the dangers of drinking while still breastfeeding. According to, Dr Setati, Consuming alcohol while breastfeeding may hinder the growth of the baby and may lead to slow metabolism and overall physical and mental development. It may also lead to excessive drowsiness, blockage of milk ejection, disruption of the nervous system, and slow weight gain.

But do new mothers know this? Avoiding alcohol while you’re pregnant only to drink it while you are breastfeeding is equally as harmful and dangerous to the physical and mental development of a baby.

If you are struggling to stop drinking while you are pregnant or while you are breastfeeding, you can contact Ububele Child Psychologists: