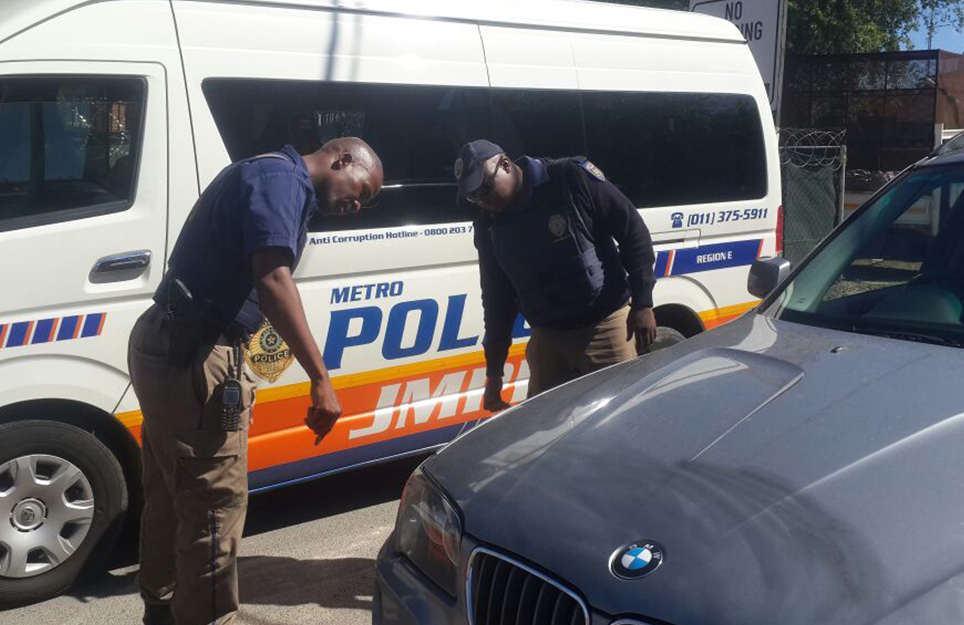 Police in Alexandra are still looking for three suspects who attempted to hijack a RAM courier Toyota Quantum at 3rd Street Wynberg on Tuesday morning, the courier was delivering valuable goods to a company when three suspects opened fire.
According to eyewitnesses the suspects stole a BMW X3 before fleeing the  scene, the BMW was at nearby panel beater garage.
Speaking to Alex FM News Alexandra police spokesperson Captain Allie Kodisang says the driver of the van was shot and injured, he was rushed to a nearby hospital.
Kodisang says they are now investigating cases of attempted robbery, attempted murder and car theft. No one has been arrested thus far.
One hour later Johannesburg Metro Police found the stolen BMW X3 abandoned in Phase 2  Alexandra.