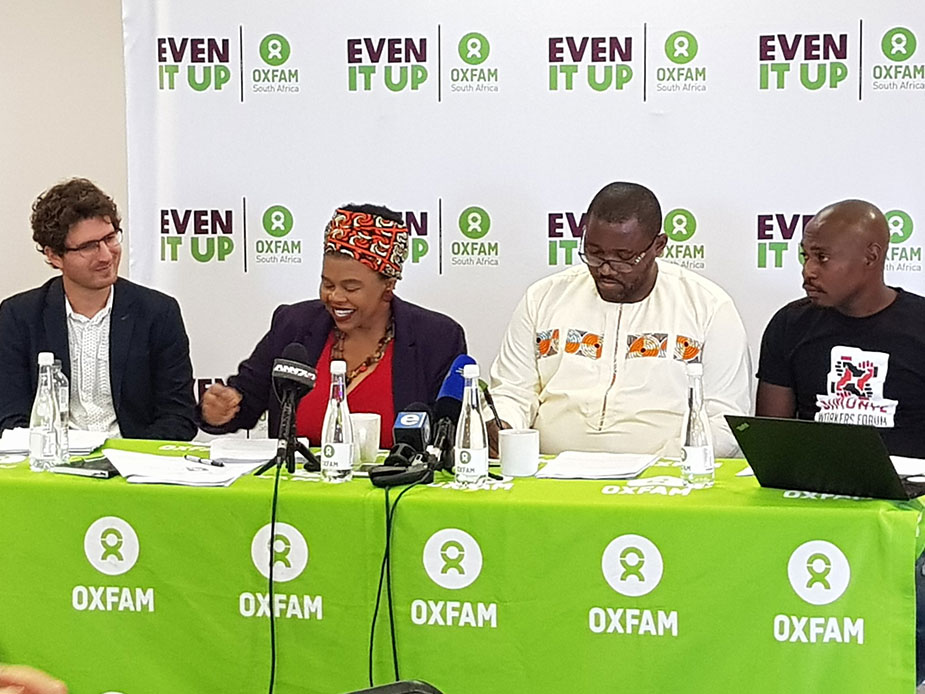 OXFAM South Africa says 82% of the wealth generated last year went to the richest one percent of the global population,

While the 3.7 billion people who make up the poorest half of the world saw no increase in their wealth, this according to a new report released by OXFAM today in Braamfontein.

OXFAM says this is caused by corporations use their investments to force the race to the bottom between countries on tax and on wages.

The report themed : Reward Work, Not Wealth is released at the time when world leaders and politicians are gathered in Davos for the 48th annual World Economic Forum

President Cyril Ramphosa is also attending the event in Switzerland

OXFAM will also be having an workers Imbizo at the Altrek stadium on Wednesday.